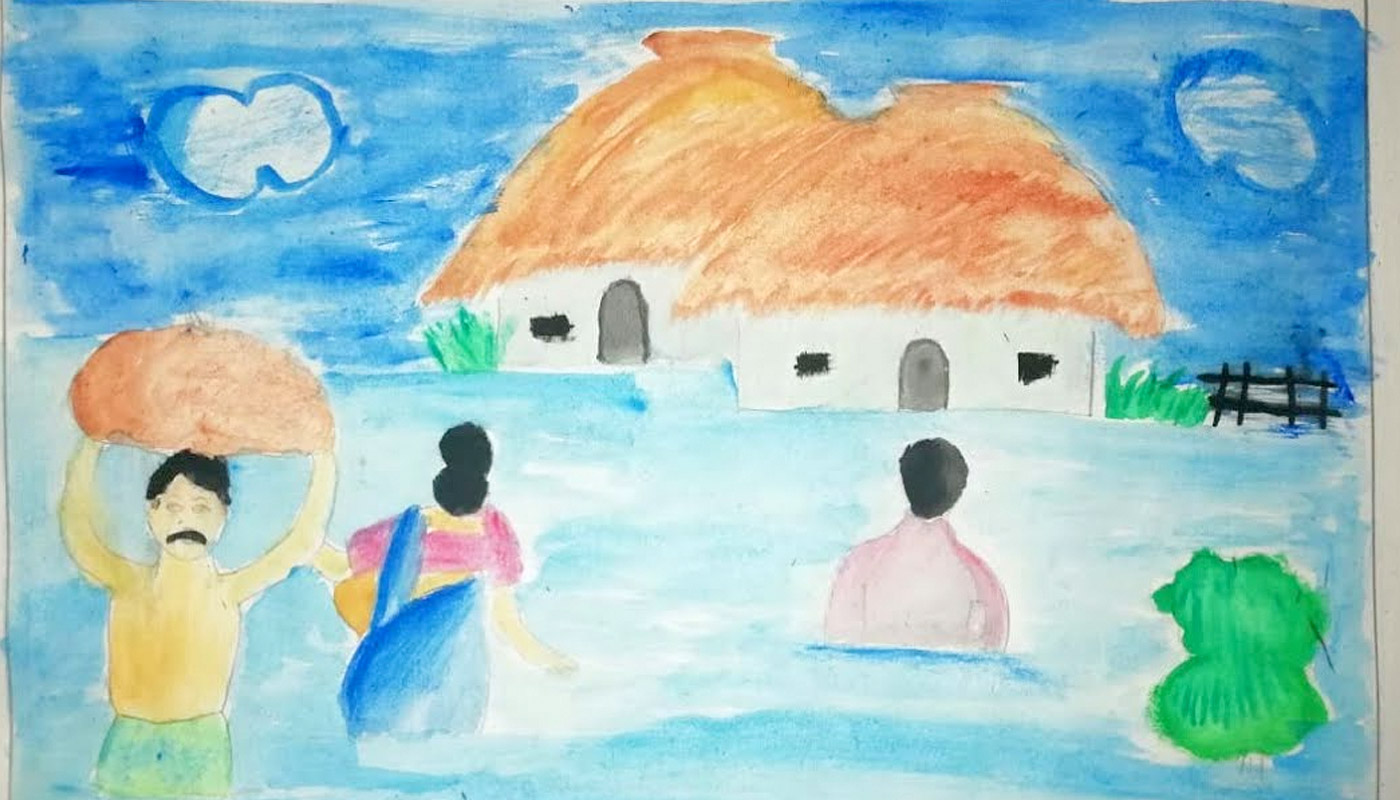 10/08/18: Surgery is over. Was at Amala hospital yesterday. It was an Ovarian tumor and one ovary was removed. After the biopsy, Radha has been instructed to start chemo from next week.

The surgery was done by personal loans from many people and also borrowing from lenders.

It is only five months since Radha’s father succumbed to cancer. It is getting impossible to even pay the house rent. Everything, including the cost of treatment, is met by only by selling lottery tickets.

24/10/18 Radha’s house is a rented house -5000 rupees per month. Not so bad. It is only seven months since Radha’s father died of cancer. As of now when we saw her Radha looks bright. She has discontinued her studies at Plus 1 level as she has been diagnosed with ovarian tumor. The family spent 70,000 Rupees recently for a surgery in Amala Hospital where one of her ovaries was removed. She has to do three-courses of chemo with seven sessions each. Which means she has to do 21 sessions.

She is at home after completing her first chemo course.

Radha had waist-long hair. Now it is cut short to the nape of her neck. Since she has just come back from chemo, her hair has not started falling yet. We have to start expecting that to happen, mustn’t we?

The roots of her tumor ran so deep it had reached her kidneys.

It was because the tumor burst suddenly that she had to go to Amala to have it removed.

Radha’s mother runs the house selling lottery tickets. The family has no other means of sustenance. The older boy, Gautham is doing his first-year degree course in Economics at Cooperative college. He is trying for a part-time job. After his father’s death by cancer, he had to undergo a genetic test. There is no problem with the results. Day after tomorrow they are going to RCC. They said they will drop into Solace on the way. It will be a good thing for us to try and support them in whatever way we possibly can.

They really want to meet and talk to Sheeba Ameer. But we said that won’t work out now as she has just gone to America.

26/12/18: Radha’s mother had come. The girl is much better and is taking her medication. Her mother plans to resume selling lottery tickets which she had stopped temporarily ….