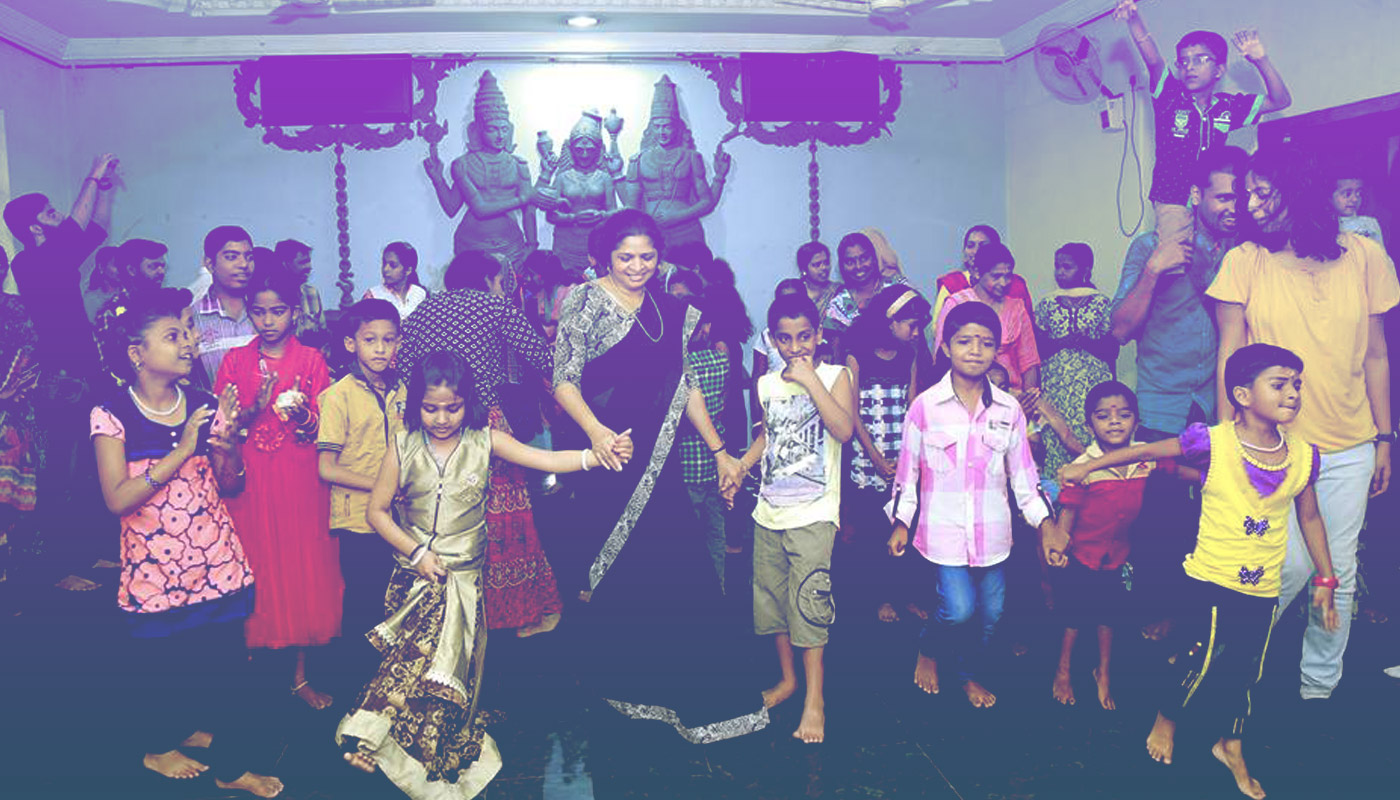 Daughter of PKA Raheem, a brilliant publisher-writer, bold social reformer and political activist subscribing to the MN Roy school of Radical Humanism, Sheeba was married at 18 to Ameer from a prosperous traditional household.

Sheeba’s cocoon was shattered the day her 20 year old daughter was diagnosed with Leukemia..

What followed were years of unremitting exposure to suffering-her daughter’s, her own and even more so, the plight of extremely poor families with terminally ill children. The eye-opener was her stay at Mumbai ‘s Tata Hospital, which is Asia ‘s largest cancer treatment center thronged by the poorest of the poor. Many parents were not able to afford even food for their ailing child. They could not be available besides their loved ones in their suffering because they had to be working continuously to pay the bills.

It is these years of attending to the sick children and their families that taught her the totality of care needed in  the harrowing experience of dealing with long term illness.

Nilu passed away in August 2013 exactly three months short of her 29th birthday. But not before she had inspired her mother, Sheeba to become a formidable organizer, spirited writer-orator and a devoted palliative care full-timer passionately dedicated to the cause of alleviating sickness and suffering.

She chaired the Kerala Patana Congress in 2015 and is involved in various committees dealing with women’s issues. She has also published three books, ‘Nadannu Poyaval’ (‘She who walked on’) which won the 2011 Avani Bala award for best literature by a female writer, ‘Azhathil Pathinja Chitrangal (Images, deeply graven) and ‘KoodeKurachuDooram’ (Together, for a distance).

Yet, her first loyalty always lies with her soul calling: ‘Solace’.